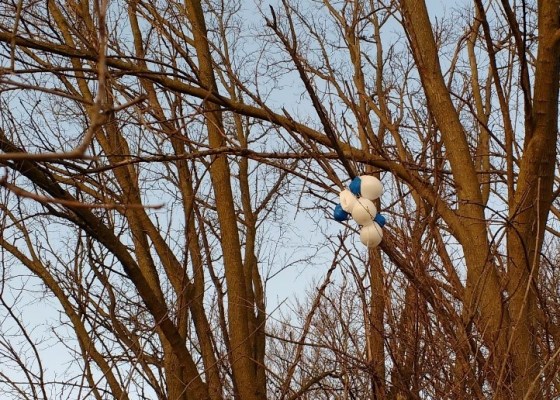 Submitted by the Natural Resources Commission

Balloons are part of both joyous and poignant events. As happy and festive as they appear though, they’re basically flying litter just waiting to land. Once on the ground, deflated balloons can harm birds, turtles, fish and other wildlife.

In recent years several environmental groups, like Balloons Blow in Jensen Beach, FL, as well as regulatory agencies such as the U.S. Fish and Wildlife Service, have started to draw attention to the harm just one balloon can cause. A string or ribbon can strangle or entangle. A deflated balloon can look like a worm or some other sort of soft and non-protesting prey, and an animal may swallow it. Even if a wayward balloon isn’t ingested, they often end up as trash, like a coffee cup or cigarette butt tossed from a car.

Each year (except last year—due to Covid) 25,000 orbs of future trash hit the skies before the start of the Indianapolis 500. Then there’s the practice of releasing balloons as a memorial or tribute. Planting a tree, its branches reaching skyward, can create a more lasting effect, with zero risk to the environment.

To be fair, the balloon industry is well aware of the reputation its product has acquired. The Balloon Council, a Trenton, NJ-based trade organization devotes much of its website (www.balloonhq.com) to the defense of balloons and balloon releases, pointing out many times over that balloons are made of latex, a natural product, and are biodegradable.

In a never-published paper, A Study of the Effect of Balloon Releases on the Environment, one of the conclusions reached was that “the balloon samples appear to be degrading at about the same rate as oak tree leaves and about three times faster than small pieces of wood (oak and pine).”

It’s true, the oak leaves on our woodland floors today are nearly leathery as they were last fall. They are, however, slowly decomposing, adding nutrients back to the soil as they go.

But balloons? They really are just flying litter, waiting to land.